I was searching for a quotation to add some colour to a pitch I’m putting together for a highway woman drama I’ve written. Well … I really lucked out with this one. 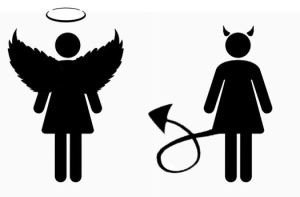 When I read the quote it actually sent a shiver down my spine: not least because it’s as relevant today as it was when it was written 170 years ago and that’s actually really bloody depressing when you think about it.

Enough – here it is.

“If men could see us as we really are, they would be a little amazed; but the cleverest, the acutest men are often under an illusion about women: they do not read them in a true light: they misapprehend them, both for good and evil: their good woman is a queer thing, half doll, half angel; their bad woman almost always a fiend”

What would she have made of the film industry I wonder…